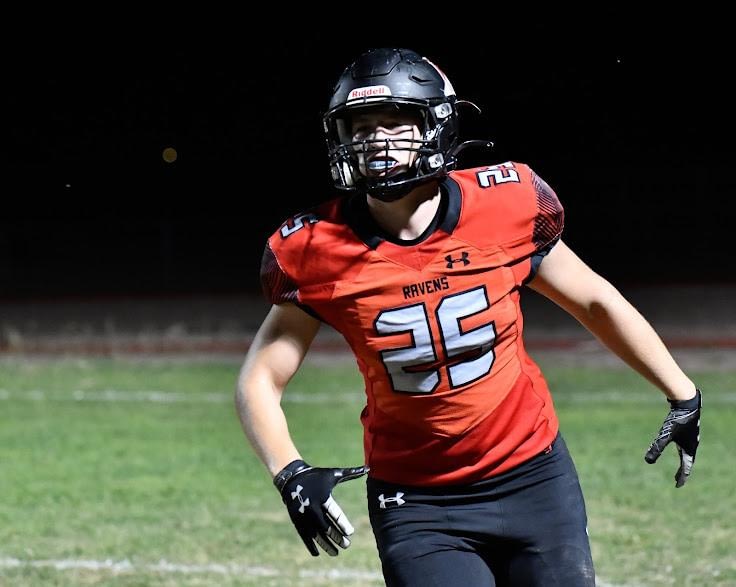 Lambert, a two-way running back/linebacker for the Ravens, rarely left the field for Empire this season. He finished as the #1 Southern Arizona player defensively, leading the area with 158 tackles (16 for loss, including 5 sacks). In addition, he was in an elite club of players to go over a thousand yards rushing, finishing #8 locally with 1,042 yards and 6 touchdowns.

Meanwhile, Pusch Ridge senior Ryan Fontaine helped lead the Lions to the 3A state playoffs. A threat to score with both his legs and his arm, he was #4 in passing with 1,967 yards and #2 in completion percentage at nearly 70%, and boasted an impressive 19-to-4 TD/INT ratio.

Finally, Foothills receiver Cole Revis was a constant big-play threat for the Falcons, averaging 23.6 yards/reception throughout the season. His 519 yards were good enough for #10 among local players.